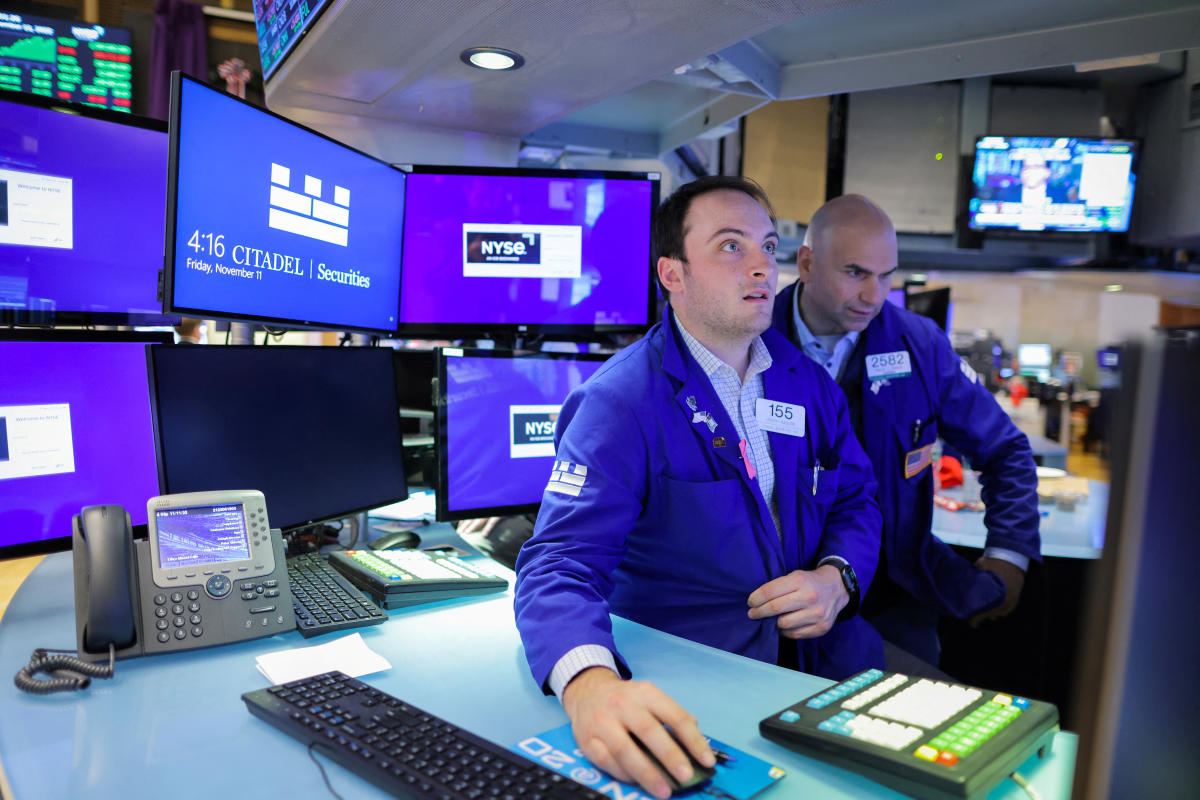 US stocks extended their downtrend Thursday as optimism around easing inflation and a Federal Reserve policy shift waned, while Wall Street parsed through a motley of corporate earnings.

The S&P 500 (^GSPC) was down 0.3% after coming off of a session low of more than 1%, while the Dow Jones Industrial Average (^DJI) was roughly flat, paring a loss of more than 300 points. The technology-focused Nasdaq Composite (^IXIC) edged down 0.4%.

Comments from St. Louis Federal Reserve President James Bullard kicked off a down day on Wall Street as he suggested the Fed’s monetary tightening campaign has so far had “limited effects” on observed inflation and that even a “dovish” policy from here would need to spike the federal funds rate at least another percentage point.

His colleague, Federal Reserve Bank of Minneapolis Neel Kashkari, echoed that sentiment in separate remarks, indicating he saw little evidence of underlying demand cooling and that the Fed is “not there yet” on stopping the progression of rate hikes.

In the economic data spotlight, filings for unemployment insurance fell last week, holding near historic lows even as a flurry of technology companies report layoff plans. Initial jobless claims, the most timely snapshot of the labor market, came in at 222,000 for the week ended Nov. 12, a decrease of 4,000 from the prior week, Labor Department data showed Thursday.

A recent rebound across equity markets lost steam Wednesday after strong October retail data offset hopes for a central bank policy slowdown, recently reignited by a string of lighter inflation reports. An earnings miss from Target also weighed on sentiment in Wednesday’s session, with the company citing inflation and a deteriorating economic backdrop ahead of the key holiday shopping season.

Other sector peers fared better during the period.

Macy’s (M) shares surged more than 15% after the department store giant beat estimates and raised its full-year earnings guidance, buoyed by strong demand in the luxury areas of its business. Kohl’s (KSS), meanwhile, topped earnings expectations but withdrew its outlook for the full year due to “significant” macroeconomic headwinds and the unexpected transition of its chief executive officer. Shares recovered from losses earlier in the day to close up 5%.

Meanwhile in Washington, DC, Republicans were projected to win a majority in the House of Representatives Wednesday, resulting in split control of the US Congress – a positive sign for investors since stocks have historically performed better in times of political gridlock.

“Instead, it is historically elevated inflation, the Fed’s inflation response, and the resulting risk of recession, coupled with key structural policy decisions, that will determine the market’s direction.”

On that front, San Francisco Federal Reserve Bank President Mary Daly said in an interview with CNBC that a rate pause is not currently an option while indicating the federal funds rate may reach the 4.75%-5.25% range.

But Federal Reserve Governor Christopher Waller said Wednesday that recent economic data makes him more comfortable with the possibility of a 50 basis point increase at the central bank’s December meeting.

Goldman Sachs, while projecting a 0.50% hike next month, added one more quarter-point increase in May 2023 to its outlook, raising its expectations for the peak federal funds rate to 5-5.25%.