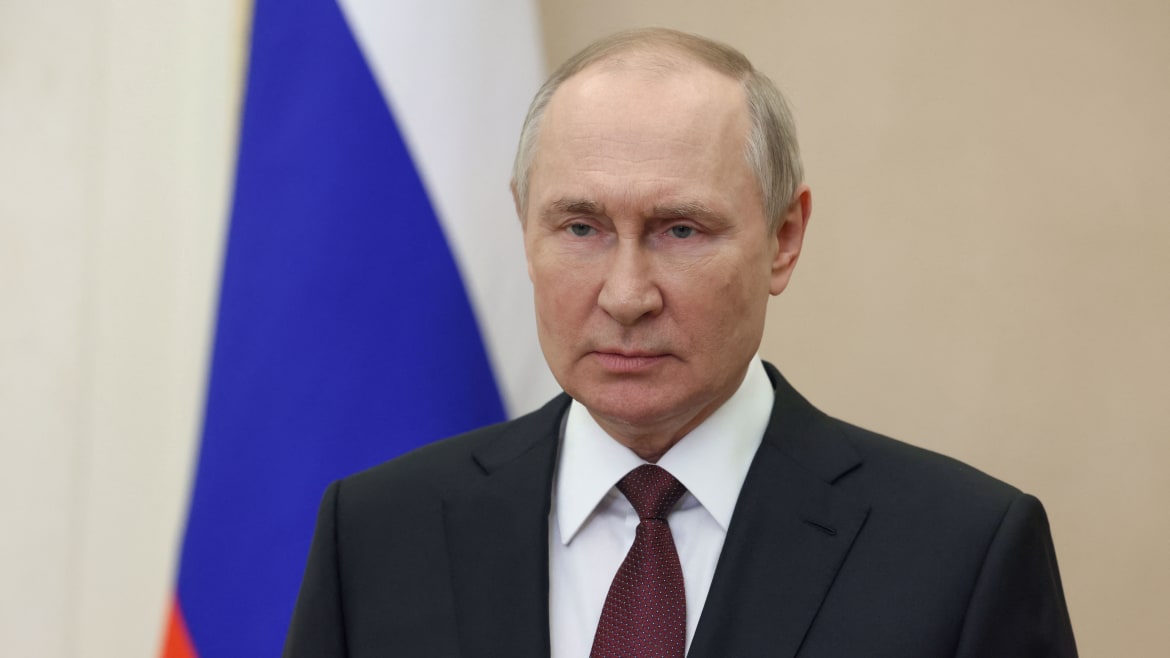 Nearly nine months into Russia’s war against Ukraine, it seems some of Vladimir Putin’s strongmen are laying the groundwork to abandon ship.

Gulagu.net, founded by Vladimir Osechkin, reports that the final straw appears to have been the brutal sledgehammer-execution video released by Russia’s private army last week—a stomach-churning extrajudicial killing that the Kremlin politely averted its eyes from while the Putin- linked businessman thought to be behind uses it for his own PR campaign.

“The reprisal with the use of a sledgehammer and the cruelty of [Wagner Group founder Yevgeny] Prigozhin, with the tacit consent of Putin, had an unexpected effect: for the third day, there is a steady stream of messages to the Gulagu.net hotline from employees of the Interior Ministry, the [Investigative Committee]the FSB and the [Federal Protective Service]the Federal Bailiff Service, etc., who want to leave the territory of lawlessness and cruelty,” Gulagu.net reported.

While rumblings of discontent among the Russian security services have been reported throughout the war, frustrations have reportedly boiled over as Putin is increasingly seen as losing all control.

In less than two weeks, there was Russia’s humiliating retreat from Kherson—the Ukrainian territory that Putin and so many of his mouthpieces had vowed would be part of Russia “forever.” Then came the brutal execution video by members of the Wagner Group, the same private army that, by all accounts, has been entrusted with bringing victory to Putin by any means necessary.

(Despite mounting calls for an investigation into the execution, the Kremlin has dismissed it as “not our business,” leaving it to Wagner Group overlord Yevgeny Prigozhin to offer a flurry of fantastical explanations for the murder clearly aimed at trolling.)

And then came the Russian-made missile that landed in Poland this week, killing two farmers there shortly after similar missiles fired by Russia cut down Ukrainian civilians in the latest bombardment. While Western officials have since walked back their claims that the Polish farmers were killed by a missile fired by Russia, the incident initially seemed likely to trigger a direct confrontation between Russia’s military and NATO forces.

And that reportedly left some within the Russian security services so shaken they were prepared to remove Putin from power entirely.

That’s according to unconfirmed reporting by the Telegram channel General SVR, an anonymous channel that claims to be run by a former member of the security services.

“The incident with a missile hitting Poland on Tuesday almost became a prologue to the seizure of power in Russia,” the channel reported Thursday, claiming that high-ranking security officials had gathered in the immediate aftermath of the strike for “informal consultations.”

“Knowing Putin’s penchant for raising the stakes through escalation, … this group of security officials quickly became convinced that in response to a Russian strike on a country included in NATO there could be both a retaliatory strike and an ultimatum.”

So, according to the channel, they decided that “if the US leadership and the adjoining countries show readiness for a harsh response, then the best way out would be to remove the current Russian president, Vladimir Putin, from power and create a collegial council of security officials to ‘temporarily’ take control of the country into their own hands … blaming all the problems on either a seriously ill or law-breaking president.”

Noting that Putin has brought tension “to almost the limit,” the channel warned: “This time, the critical situation turned out to be illusory and it made no sense for the security forces to take risks, but next time, and there will be a next time, Putin may not have a chance.”

While panic over the missile incident has largely fizzled out, the same cannot be said for Prigozhin’s growing influence in the war and role in the spotlight. A former member of the security services who fled the country told Deutsche Welle late last month that concerns were growing inside federal agencies about the power given to some figures within Putin’s inner circle.

Perhaps in a sign of things to come, Putin on Thursday seemed to signal he has no plans to listen to any of the more moderate figures who might caution him against escalation. Instead, he purged the Kremlin’s Human Rights Council of all the experts who raised questions about the war and the public execution of defector Yevgeny Nuzhin, replacing them with a hardliner war reporter and other Kremlin loyalists.

According to RTVI, citing a source in the human rights council, the head of the council is unlikely to seek an investigation into the sledgehammer killing or get involved in any way because he said that in times of war “anything can happen.”

Read more at The Daily Beast.

Get the Daily Beast’s biggest scoops and scandals delivered right to your inbox. Sign up now.