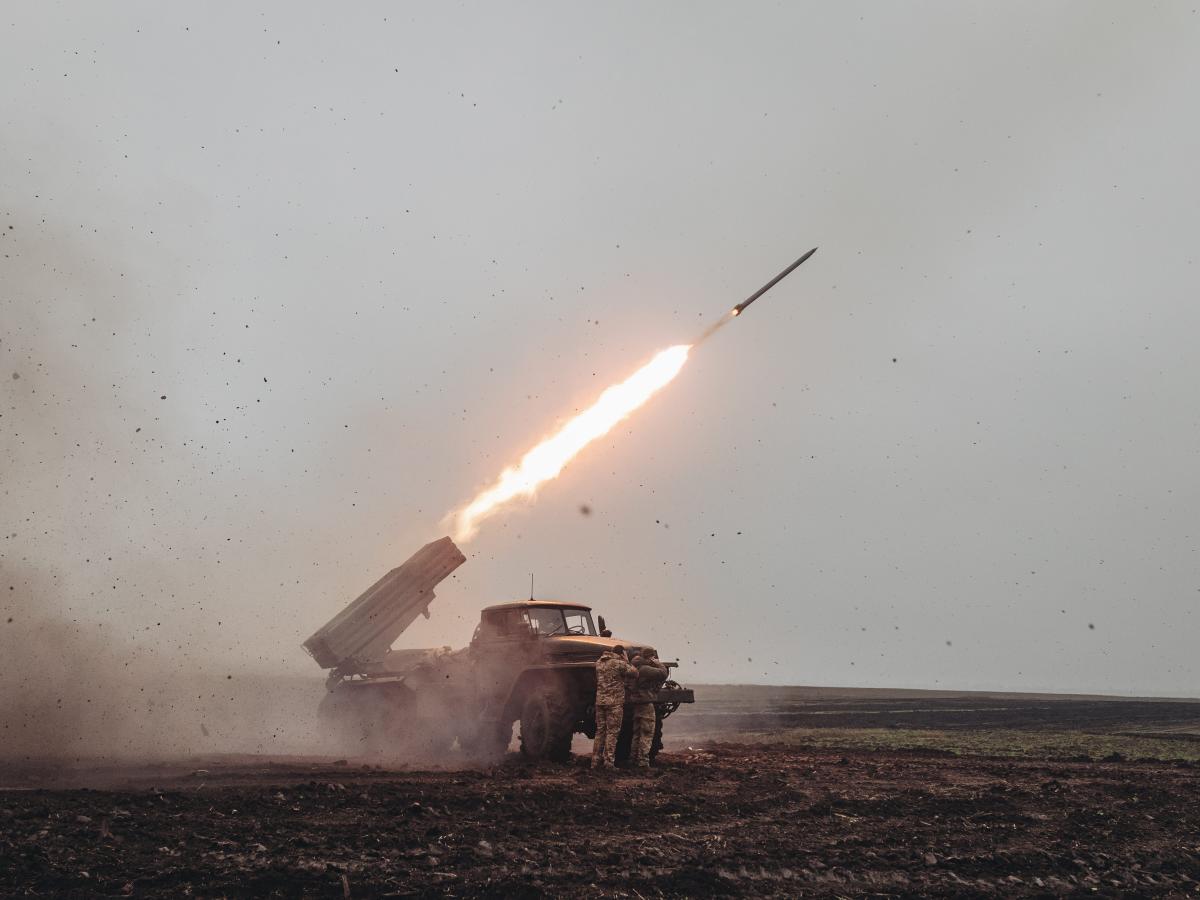 Russian forces are constructing new defensive positions miles behind the Ukraine war’s current front lines, Britain’s defense ministry said, calling it a sign they may be planning for more retreats in the face of Ukrainian advances.

Ukrainian troops last week entered the southern city of Kherson after Russian President Vladimir Putin’s defense chief ordered a retreat across the Dnipro (also called Dnieper) River. Kyiv’s capture of the city, which was under Russian occupation since the early days of the war, followed Russian losses in the northeast and marked a massive battlefield humiliation and defeat for Moscow.

In a Friday intelligence updatesBritain’s defense ministry shared that after Russian forces withdrew from Kherson, they have prioritized reorganizing, refitting, and assuming defense preparations across different areas of eastern and southern Ukraine that are still controlled by Putin’s occupying troops.

“Units have constructed new trench systems near the border of Crimea, as well as near the Siversky-Donets River between Donetsk and Luhansk Oblasts” in eastern Ukraine, the ministry said. “Some of these locations are up to 60km [37.3 miles] behind the current front line, suggesting that Russian planners are making preparations in case of further major Ukrainian breakthroughs.”

Kyiv’s forces have notched significant breakthroughs in recent months, launching counteroffensives along the war’s northeastern and southern fronts. In doing so, they have retaken control of major cities like Kharkiv in the northeast and Kherson in the south and liberated thousands of square miles of territory across the area.

Britain’s defense ministry said it is likely that Russia will try to redeploy some troops who were part of the Kherson withdrawal to help support an offensive near Bakhmut, a city of over 70,000 people in eastern Ukraine’s Donetsk region.

According to a recent assessment by the Washington-based think tank, the Institute for the Study of War, Russian forces have continued to attack Bakhmut, though Ukrainian forces have so far managed to repel the assaults. Ukrainian President Volodymyr Zelenskyy said in a speech last weekend that Russian attacks in the Donetsk region have turned it into “hell.”

“There are extremely brutal battles there every day. But our units defend themselves bravely, withstand the terrible pressure of the occupiers, and maintain our defense lines. It is very important. Thanks to the strong defense there, in Donetsk region, we can conduct offensive operations in other directions,” Zelenskyy said.

Amid these developments, tensions, already high since the start of the war, have soared this week after an explosion was reported in eastern Poland, just over the shared border with Ukraine, marking the first time that Russia’s unprovoked war spilled into the territory of a NATO member.

The incident triggered panic from some officials within the military alliance, as well as from top Ukrainian leaders like Zelenskyy and Foreign Minister Dmytro Kuleba, who blamed the deadly blast on Russia. Western leaders, including NATO leadership, have said that the incident may have actually been unintentionally caused by a Ukrainian surface-to-air missile that was defending the country from a massive barrage of Russian strikes earlier in the week.

“Our preliminary analysis suggests that the incident was likely caused by a Ukrainian air defense missile fired to defend Ukrainian territory against Russian cruise missile attacks,” NATO Secretary General Jens Stoltenberg said Wednesday. “But let me clear,” he continued, “this is not Ukraine’s fault. Russia bears ultimate responsibility as it continues its illegal war against Ukraine.”

Ukraine has so far rejected these assessments, insisting that it be a part of further investigations into the incident.