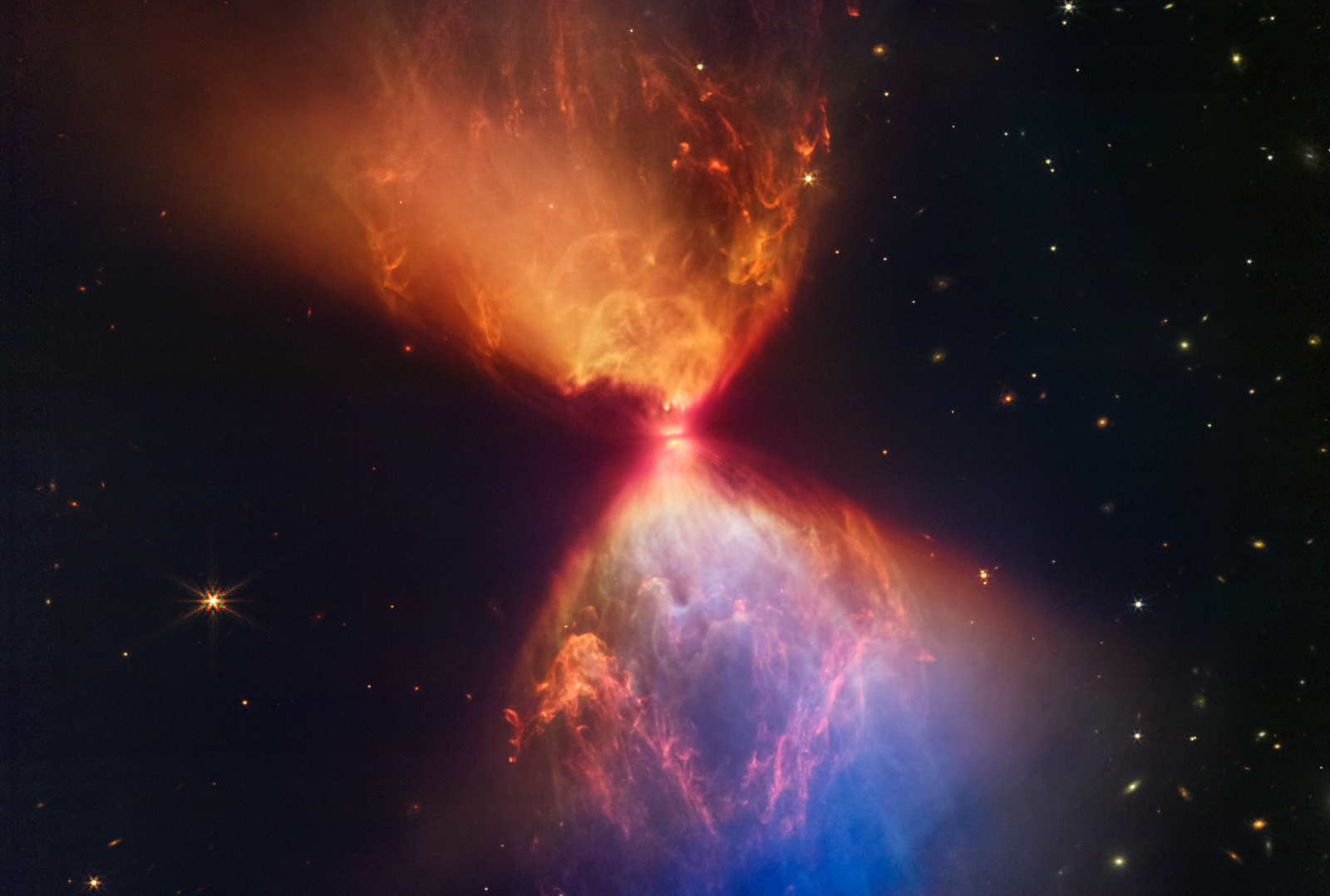 TThe James Webb Telescope has been providing clearer images of celestial bodies that had only been poorly imaged in the past ever since it became operational. Its first photo showed the “deepest” image of the distant universe to date, followed by an unprecedented photo of the Pillars of Creation and the best view we’ve had of Neptune’s rings, among many others. Now its latest image reveals the once-hidden features of a very young protostar within the dark cloud L1527, giving us a look into how stars form and turn into something like our sun.

The photo above shows an hourglass-like figure blazing blue and orange. This can only be seen in infrared light and was captured using James Webb’s Near-Infrared Camera (NIRCam). But where’s the protostar, you ask? It’s actually right in the middle, or the neck of the hourglass, showing up as a black band. Stars form by gathering massive amounts of gas and dust, which spiral around the center as they’re sucked in by gravity. This forms an accretion disk of material that surrounds the young star.

Meanwhile, the blue and orange “bulbs” actually outline the cavities created by the materials shooting away from the protostar and colliding with dust around the structure. NASA says the colors represent the layers of dust in between the dark cloud and James Webb. Areas with the thinnest layer of dust show up as blue. The orange areas represent places with the thickest layer of dust, since less blue light is able to escape them.

NASA says the 100,000-year-old protostar is at the earliest stage of star formation — our sun formed 4.6 billion years ago or so — and will give us an idea of ​​what our solar system was like in its very early years.

All products recommended by Engadget are selected by our editorial team, independent of our parent company. Some of our stories include affiliate links. If you buy something through one of these links, we may earn an affiliate commission. All prices are correct at the time of publishing.