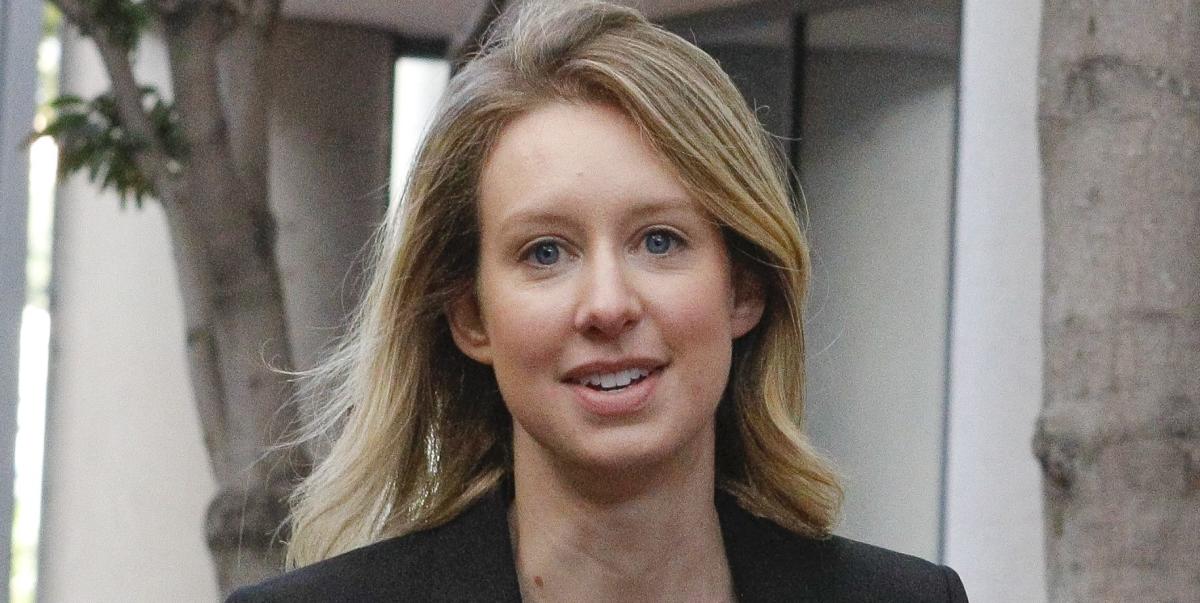 “Hearst Magazines and Yahoo may earn commission or revenue on some items through the links below.”

Elizabeth Holmes, the founder of disgraced health tech startup Theranos, was sentenced to more than 11 years of prison after she was convicted of four counts of investor fraud and conspiracy, knowingly defrauding investors with her blood-testing technology, per the Associated Press.

Her ex-boyfriend and former business partner Ramesh “Sunny” Balwani, was just handed a three-week delay in sentencing, per the Associated Pressas officials try to figure out his punishment.

Elizabeth faced up to 20 years in prison, with prosecutors expected to ask for a 15 year sentence. But people watching the trial have noticed something that might have affect her sentencing: The 38-year-old former CEO appears to be visibly pregnant with her second child, making this her second pregnancy during the legal process.

As she awaited the verdict, the judge told her that she could stay seated for the proceedings if she wanted to, according to a tweet from NBC reporter Scott Budman.

The New York Times also obtained court filings that said that Elizabeth “became pregnant with her second child since her conviction.”

So…yep. It looks like Holmes is welcoming baby No. 2 soon. Here’s what to know so far about Elizabeth Holmes’ offspring.

Elizabeth and Billy Evans, a 29-year-old hospitality heir, got hitched back in 2019. Billy had been into Elizabeth for a while, former co-workers said, and he proposed to her with his MIT signet ring, which was a big deal for him. “Billy and the MIT ring, they are inseparable. He always wore it on his pinky finger,” one of Billy’s former coworkers at Luminar Technologies told the New York Post.

The two met at a party in 2017, according to Elle, which was about a year before Theranos was dissolved. Two years later, they got married in a secret ceremony, Us Weekly says. He’s stuck with Elizabeth throughout her legal strife.

She announced her first pregnancy in March of 2021.

When Elizabeth revealed that she was expecting her first child, it delayed her criminal fraud trial to the end of August (the trial, BTW, had already been delayed three times during COVID), according to CNBC. Prosecutors were “frustrated” by her surprise July due date, and some people think she may have gotten pregnant to try to get a lighter sentence.

In fact, reporter Nick Bilton predicted on an episode of his podcast, Inside the Hive, that Elizabeth might get pregnant. “Holmes is going to get pregnant before she gets on the stand because she will look very sympathetic as a pregnant woman on the stand,” he said, per Elle.

And of course, when she made her pregnancy announcement, it threw a wrench in court proceedings.

“The parties have met and agreed, and both parties agree that, in light of this development, it is not feasible to begin the trial on July 13, 2021, as currently scheduled,” read court papers obtained by CNN. “In light of Defendant’s pregnancy, the parties stipulate and agree, and respectfully request that the Court order, that the trial begin with jury selection on August 31, 2021.”

Her first baby was born right before her criminal trial.

Elizabeth’s son, William, was born on July 10, 2021, per ABC News. Her criminal trial started on Aug. 31. ABC notes that during a pretrial hearing in June, US District Judge Edward Davila said that there would be a quiet room for Elizabeth to take care of William during breaks in the trial.

Other than his birth, there is virtually no info out there around William.

She appeared visibly pregnant again in October of 2022.

When Elizabeth appeared in court last month, she was sporting a pretty noticeable baby bump. Worth noting: She wore the same outfit to court while she was pregnant with William last year down to the gray blazer.

Anne Kopf-Sill, a former biotech professional, tweeted that Elizabeth looked like she was five to seven months along, per the New York Post. And once again, people are wondering if Elizabeth’s decision to have another baby might be linked to her desire for more leniency from the jury.

“I think she is hoping to get a lighter sentence,” Kopf-Sill told KRON4. “Everyone feels sorry for children that have to grow up without both parents. Even though they may be unsympathetic to Elizabeth … there still is feeling for doing something for innocent children.”

The final verdict is expected to come down on Friday, Nov. 18.