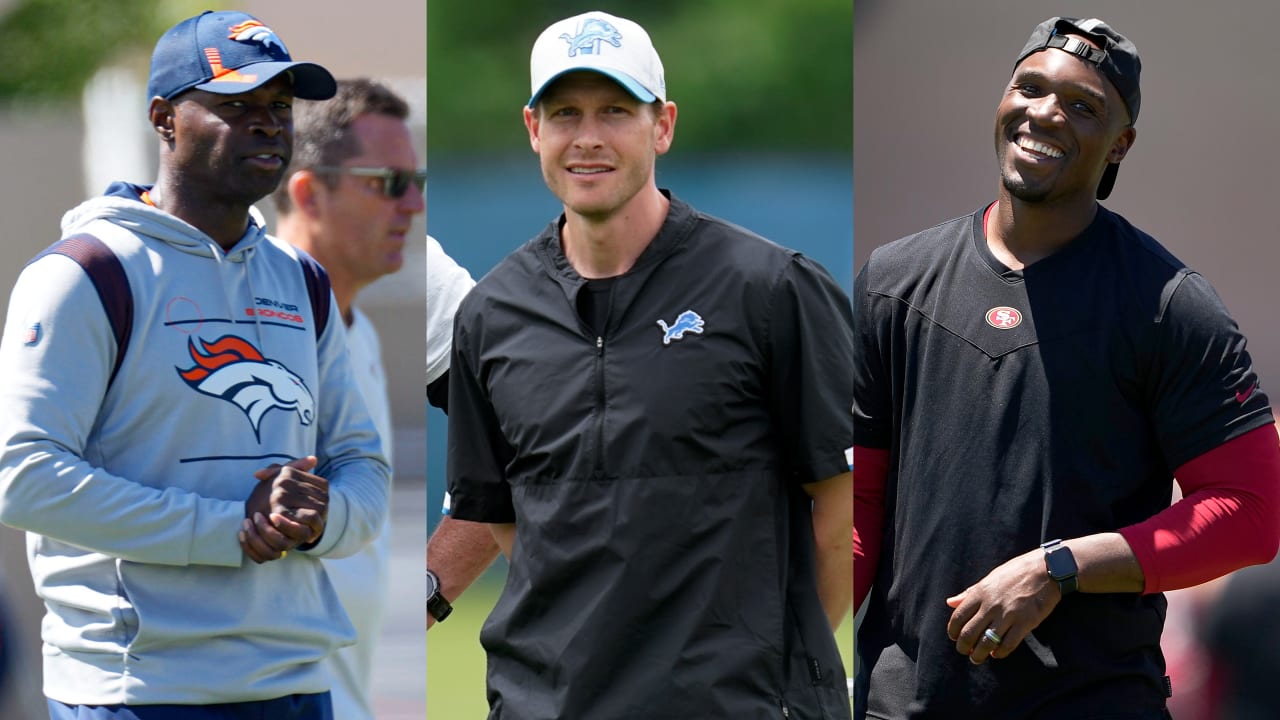 Raiders DC Patrick Graham, 43: Not much has gone right this season for the Raiders, who are 2-7 under new coach Josh McDaniels. But it can’t be forgotten that Graham got a second interview for the Vikings’ head coaching job a year ago and the Jets tried to interview him the previous year, too. A former Yale defensive lineman, Graham is now in his 21st year coaching, with the past 14 being spent in the NFL (including a Super Bowl XLIX win with the 2014 Patriots). He’s passionate, has high expectations and holds players accountable.

Ravens STC Chris Horton, 37: A seventh-round pick by Washington who played three NFL seasons as a safety, Horton joined the Ravens as a coaching intern in 2014, was promoted to assistant special teams coach the following year and succeeded Jerry Rosburg in his current role in 2019. Horton has a presence and the trust of John Harbaugh, a former special teams coordinator himself. The Ravens finished No. 1 in Rick Gosselin’s special teams rankings in 2021, and not just because of all-world kicker Justin Tucker. Harbaugh has given Horton ownership over the operation and Horton has run with it, coaching up players from both sides of the ball into what is perennially one of the NFL’s top units.

Lions OC Ben Johnson, 36: Those who have worked with Johnson say he has one of the NFL’s sharpest minds. (How many guys walk on to the football team as a quarterback while earning degrees in math and computer science, as Johnson did at North Carolina?) So, it’s no surprise the Lions’ offense found life midway through the 2021 season when Johnson and head coach Dan Campbell — who spent four years with Johnson on the Dolphins’ staff — took the reins. Johnson previously has coached quarterbacks, receivers and tight ends, and he has a good feel for the whole picture. Is he ready to run his own show after one year with a coordinator title? That’s unknown. But his reputation figures to get him in the room sooner than later.

Giants OC Mike Kafka, 35: The Giants have been one of the NFL’s best surprises under new coach (and alum of this list) Brian Daboll, thanks in part to Kafka’s work as play-caller on a team that lacks horsepower at receiver. A fourth-round pick by Andy Reid’s Eagles in 2010 who bounced around the NFL as a quarterback for parts of six seasons, Kafka possesses innate leadership traits and earned a strong reputation as a QB tutor after reuniting with Reid in Kansas City as a quality control coach in 2017. Last season, Kafka was the QB coach/passing game coordinator for the Chiefs, who had one of the NFL’s top passing attacks; this season, he’s the OC of a Giants team that boasts the league’s leading rusher in Saquon Barkley. Kafka knows how to execute both facets of offense at a high level, which should make him intriguing to teams that need not only a head coach but a plan for fixing an attack.

Jets OC Mike LaFleur, 35: It’s probably a little soon for Packers coach Matt LaFleur’s younger brother, who’s still developing as a play-caller and a leader. But if the Jets keep winning with a very young core, it won’t be a shock to see Mike LaFleur get an interview request or two. He’s personable and from the same Shanahan/McVay tree of offense that has produced many other successful head coaches. In 2021, the Jets played four different QBs during one five-game stretch in which they ranked No. 1 in the NFL in yards per game; this season, the Jets are 5-1 since Zach Wilson returned from injury despite all kinds of offensive line ailments and the loss of breakout rookie RB Breece Hall. That adaptability will serve LaFleur well whenever his opportunity comes.

Buccaneers OC Byron Leftwich, 42: Leftwich got a long look as a head coaching candidate last year, interviewing with the Jaguars and Bears and getting a request from the Saints. The 10-year NFL quarterback was a backup in Pittsburgh under then-offensive coordinator Bruce Arians, who hired Leftwich as QB coach in Arizona in 2017 and brought him along to Tampa two years later to serve as OC. The Bucs’ offense hasn’t been as prolific this season, but it shouldn’t be forgotten how dangerous the attack was in Leftwich’s first three seasons, which included Tampa’s run to a Super Bowl LV victory once Tom Brady came aboard.

Patriots ILB coach Jerod Mayo, 36: Still in just his fourth year of coaching, Mayo has taken head coaching interviews with the Eagles (in 2021) and Broncos (in 2022). Before going into coaching, Mayo played eight seasons for Bill Belichick in New England, running the defense and relaying the signals for most of that time, including as a rookie to the veteran likes of Mike Vrabel, Tedy Bruschi and Vince Wilfork. He now serves as de facto coordinator for a Patriots defense that has played well again this season, ranking among the league leaders in sacks and takeaways. Mayo’s pedigree and makeup are intriguing.

Cowboys O.C. Kellen Moore, 34: A six-year NFL backup QB who dove right into coaching as Dallas’ QB coach in 2018, Moore is highly regarded for his football IQ and creativity. And he was busy last January, interviewing with the Jaguars, Broncos, Dolphins and Vikings for their head coaching jobs. (The Eagles interviewed Moore the previous year, too.) Like many really young coaches, Moore has a lot to learn in terms of the whole picture of running a program. He would need a good plan for his staff and to surround himself with experienced people. But the tools are there.

49ers D.C. DeMeco Ryans, 38: The Vikings were so impressed with Ryans after his initial interview last January that they asked to fly him in for a second. Ryans responded by doing something that almost never happens: He declined, telling the team he felt he needed more time to develop. That speaks to the mentality and maturity of Ryans, a two-time Pro Bowler in his 10 seasons as an NFL linebacker who is now in his sixth year as a 49ers assistant and second as defensive coordinator. Despite a rash of injuries, Ryans’ unit shows up week after week, playing fast and physical. And he takes pride in impacting players on and off the field. His leadership traits outweigh his relative inexperience, and this could be Ryans’ year — if he decides he’s ready.